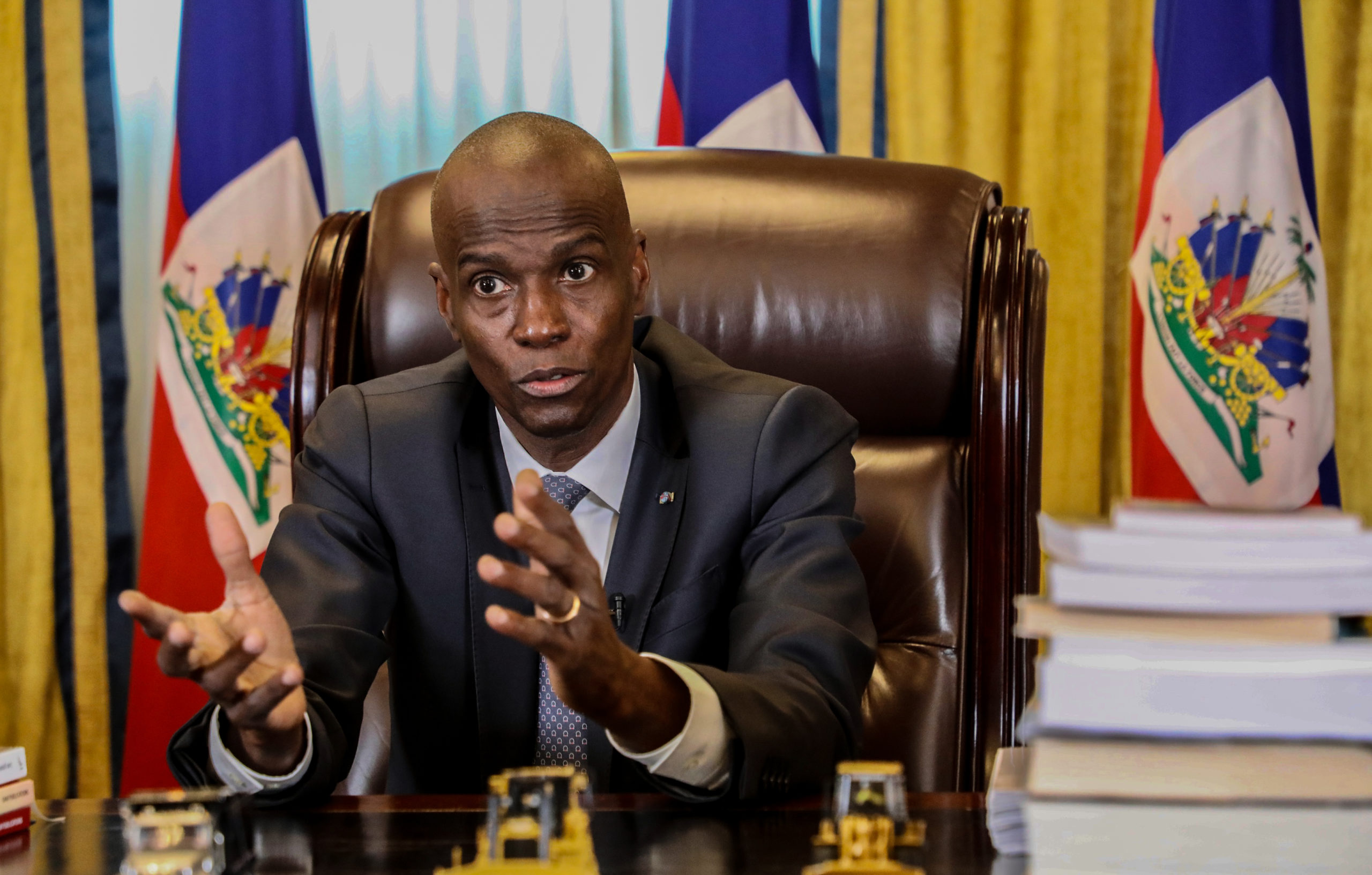 Haitian President Jovenel Moïse was “mortally wounded” and his wife shot during an armed attack in the early hours of Wednesday at their private residence above the hills of Port-au-Prince, the country’s acting prime minister, Claude Joseph, said.

Several sources told the Miami Herald that Moïse was killed during the attack, and that his wife, Martine Moïse, was shot.

In a statement from the prime minister’s office, Joseph said the attack occurred around 1 a.m. Wednesday, and some of the unidentified assailants spoke Spanish. The head of state, the statement said, was “fatally injured.”

First Lady Martine Moïse was wounded and is being treated, the statement said.

The assailants claimed to be agents with the U.S. Drug Enforcement Administration, according to videos taken by people in the area of the president’s home. Moïse, 53, lives in Pelerin 5, a neighborhood just above the hills in the capital.

Sources said the assailants, one of whom spoke in English with an American accent, were not with the DEA.

“These were mercenaries,” a high-ranking Haitian government official said.

Residents reported hearing high-powered rounds fired with precision, and seeing men dressed in black running through the neighborhoods. There are also reports of a grenade going off and drones being used.

The president’s death will throw Haiti into further disarray. Moïse had faced mounting protests over his governance amid a deepening political and constitutional crisis, questions about his legitimacy and accusations that he used armed gangs to remain in power..

In his statement, Joseph condemned what he described as an “odious, inhuman and barbaric act,” and has called a special security meeting. He called on the population to remain calm.

“The security situation in the country is under the control of the Haitian National Police and the Haitian Armed Forces,” the statement said.

The attack happened a day after Moïse named a new prime minister, Ariel Henry, to take charge as head of the government and prepare the country for elections in the next two months for president, a new parliament and local government officials.

Moïse entered office in 2017 and had been ruling by decree since January 2020.