This year, the 2018 BEL Initiative Program was full of knowledge, activites and plenty of fun. I have to admit, this cohort was  non-stop energy and excitement. At the same time, the group comprised of different personalities and businesses. First, let me introduce you to the fellows. We were blessed to have doubled the size of the cohort from last year.

The fellows flew directly from Haiti to Atlanta in style, big thanks to Delta Airlines. The following day was a Friday and was technically the first full day. The fellows had an informal session with Alton Walker,  Comedian and Founder of NextInLine Network. Alton focused on helping the fellows learn how to network and work as a team. This was very important as the fellows had their very first test that night. They would be attending a networking social to test their networking skills! That night, they were a little nervous starting out, but they eventually became comfortable and before we knew it, business cards were being exchanged all night. The fellows even got a chance to meet the lovely Ms. Renee Knorr and Chairman of Rockdale County, Georgia, Oz Nesbitt and his wife! 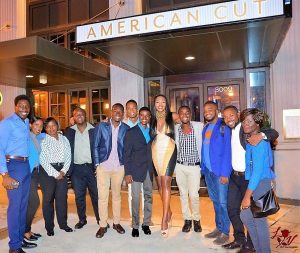 They also exchange business cards with several businesmen/women and people from different industries. It was a successful night networking. On Saturday we took some time to relax and joined members of the Good Samaritan Haitian Alliance Church to play a fun version of the Jeopardy game.

The weekend was a small break before traveling down to Albany, Georgia where our first full intense week of the program would begin on the campus of Albany State University, the largest HBCU (Historically Black College & Universities) in the state of Georgia. In partnership with the ASU Office of International Education, lead by Dr. Nneka Osakwe, this was the second year the program was hosted at Albany State. On Monday 7/9/18, University administrators, faculty, staff and members of the community came out to welcome the fellows to the campus. 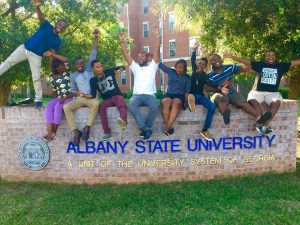 On campus at Albany State University 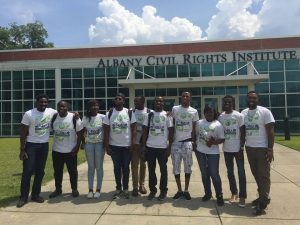 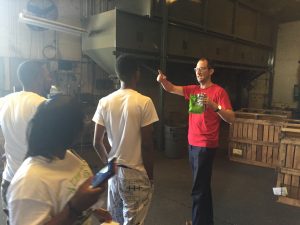 Learning about production/logistics at Sunnyland Farms

That afternoon, an intense and fun week began. Througout the week, we touched on topics such as accounting for startups and businesses, entreprenerial leadership, raising capital,marketing and branding and social media. The fellows even visited local attractions and farms to understand tourism and production logistics thanks to the Albany Convention and Vistors Bureau. Some of the instructors included, Dr. Alicia Jackson and Dr. Earnelle Seay of ASU College of Business, Sherrell Byrd of Albany Business League, and Hephzibah Beulah, Founder of B.A.E.

The first week was full of fun and learning and the following week turned out to be just as fun. We traveled back to Atlanta where most of the program was hosted on the campus of Georgia Institute of Technology (Georgia Tech). The week kicked off on Sunday hanging out with fellows from the Young African Leaders Initiative (YALI) at the Martin Luther King Center. That was followed by dinner hosted by one of the board members of the Georgia Haitian-American Chamber of Commerce, Gary Wargo. The fellows had an opportunity to share their ideas, products and businesses with other guests who came out to fellowship with them and learn more about the program. 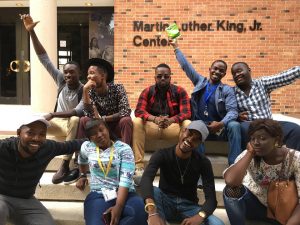 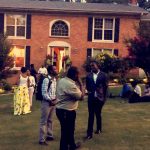 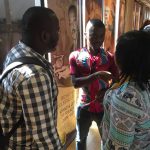 Throughout the week, we had instructors like Dr. Manpreet Hora, professor at Georgia Tech who discussed operations management, Reginald Grand’Pierre, Co-Founder of Itiah Coffee, Sheffie Robinson, founder of Touco Direct who discussed Business & Technology, and Dimy Doresca, Lecturer at University of Iowa, who touched on International Business. A great highlight was when the fellows were hosted at the Hartsfield-Jackson Atlanta Airport and were taught how the airport operated, its technology, and even given a tour of the airport. Big thanks to Alrene Barr and Mea Boykins!. But the week didn’t end there, the fellows had been preparing in between sessions for the pitch event. They would present their ideas in front of a group of judges who would give them feedback on their pitch and presentations. This made some of the fellows nervous, but much preparation and practice throughout the two weeks gave them confidence to present effectively even while nervous. 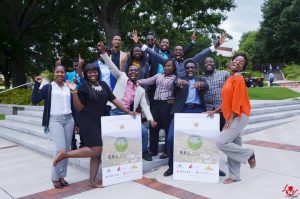 After two full weeks of working hard, it was time to play hard at the Pwochen Lide Future Leaders Scholarship Banquet. Here, the fellows would be recognized and awarded for completion of the program, alongside with 7 Haitian-American Scholarship recipients who would be attending college in the fall. The banquet was lavish and was great way to end the program. It was difficult to end a journey that seemed like a long two weeks. But when banquet day arrived, many of the fellows soon felt it was ending too quickly. There’s never enough time when you are having fun and meeting great people. Nevertheless, this cohort made great strides with building their network. They met potential investors, partners and mentors which is priceless. As they returned to Haiti, every fellow vowed to build successful, sustainable organizations that would create jobs and positively impact their local economy. They are the new generation of entrepreneurs and business people in Haiti. And because of that, Haiti’s future is shining bright! 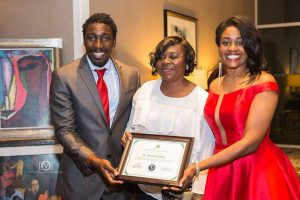 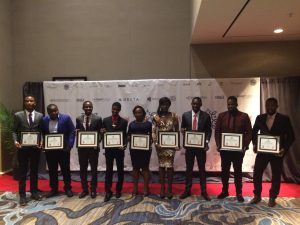 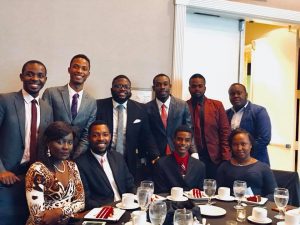