Vernet Etienne, a Haitian educator and entrepreneur, is impacting his community through education and health. He is the Co-founder of Soins De Sante Scolaire (SSSH), a school based healthcare center in Cap-Haitian and Port au-Prince. Vernet is also a Continuing Training Director at Partners in Health/Zanmi Lasante and an alumnus of the BEL Initiative 2017. Despite his busy schedule, he and his team still find time to inform the community about health, along with caring for a large number of school children on a daily basis.

On November 12th, 2017, in partnership with Simone de Beauvoir College, Soins De Sante Scolaire successfully launched a Diabetes Screening Day. We asked Vernet what inspired the idea of holding a screening day. He mentioned that he was inspired by a visit to a screening day held in Albany, Georgia during the BEL Initiative program. Vernet also said “I understand the positive impact massive outreach medical services can have on a population. So back in Haiti, I planned to partner with a school to screen the relatives of the children who are of the diabetic population”  Read the rest of the interview with Vernet below: 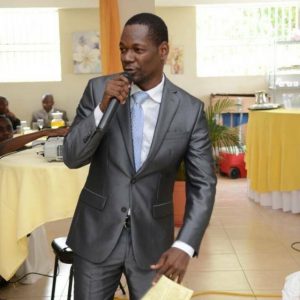 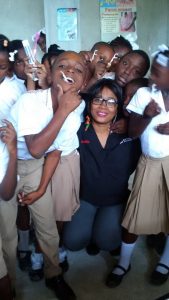 Ronald: Why did you decide to organize a screening day?

Vernet: The pathology of diabetes is one of the largest killers in the world and probably Haiti. It is a non-communicable disease with no definitive treatment

Ronald: Who was involved in making this event possible?

Ronald: What was the goal?

Ronald: What was the outcome of the event?

Vernet: We didn’t reach the amount expected, but the most important goal in healthcare is to save when you can do it. We screened, educated, and diagnosed more than 50 people.

Ronald: Do you plan to do it again in the future?

Vernet: We declare permanence in serving our community. During Mother’s Day in May 2018, we will declare war on cervial cancer, provide screening, diagnosis, support, and accompany any single mother suspected of cancer. We will play our card. We don’t know if you will join the game or continue watching from the back. 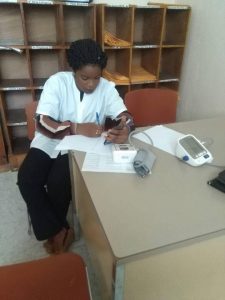 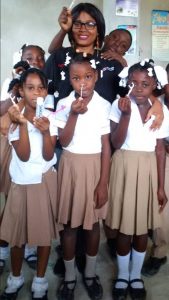 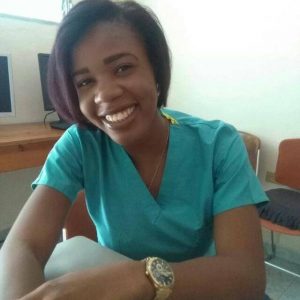