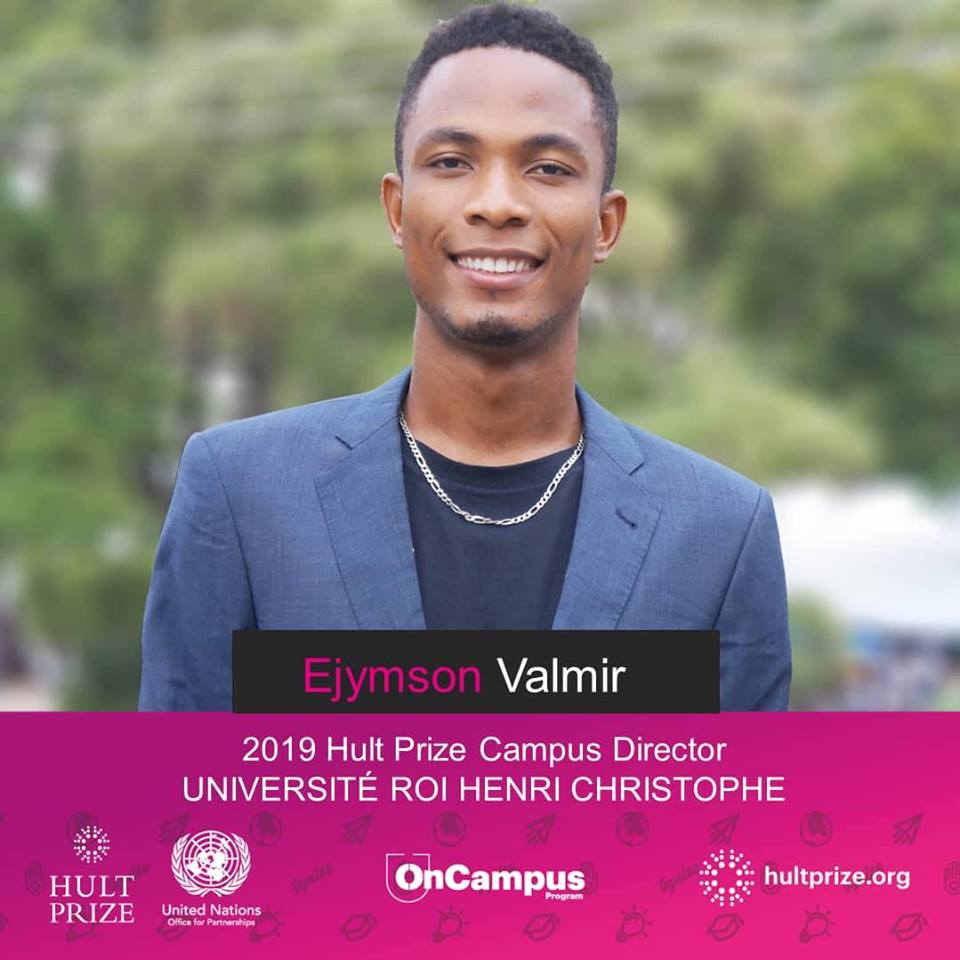 Université Roi Henri Christophe (URHC) has been selected to host the local edition of Hult Prize. Students must meet the UN Challenge and compete for 1 Million US Dollars.

EJYMSON VALMIR, the director of the Hult Prize program on campus recently announced that the URHC has been selected to host a local edition, the largest student movement in the world for the creation of new social enterprises. The annual “Hult prize” award gives a million dollars in start-up funding for the student team that develops the most radical and revolutionary idea to solve one of the most difficult social challenges in the world.

In partnership with the United Nations, the Hult Prize hosts academic events around the world in search of the new revolutionary start-up. Ejymson Valmir will lead the Hult Prize program at Université Roi Henri Christophe and is confident his students are as likely as anyone to go all the way for this year’s Hult Prize. “One can simply change a situation and create a positive impact in the world simply by daring,” said Valmir.

The winning team of the event will automatically advance to participate in one of the fifteen regional finals held around the world. A winning team from each host city will then move into a summer business accelerator, where participants will receive mentorship, consultative and strategic planning by creating prototypes and setting up their new social enterprise. A final round of competition will be held in September, where the winning team will receive the prize of US $ 1,000,000.

“The Hult Prize is a wonderful example of the creative cooperation needed to build a world with shared opportunities, shared responsibility and shared prosperity, and every year I look forward to seeing the many outstanding ideas generated by the competition,” he said. Clinton said.

About the Hult Prize Foundation
The Hult Prize is the world’s largest engine for launching nonprofit and for-profit start-ups from the university, with more than 2,500 employees and volunteers around the world. In nearly a decade, the movement has deployed more than $ 50 million in capital and mobilized more than one million young people to rethink the future of business. . The Hult Prize Foundation was named “Nobel Prize for Students” and was featured in a TIME Magazine cover story highlighting the “5 best ideas for changing the world”.
To learn more, visit www.hultprize.org.

Original article written and by published by Entres Les Pages