Many people think there is not enough time in the day to carry out their most important tasks. However, if you’re not paying attention, you won’t realize how much time you actually waste. There are many factors that contribute to us wasting time especially in this information/digital age. When I realized I was struggling with time management, I decided to analyze, breakdown and monitor my activity  and behaviors each day to see where all of my time was going, and how productive I actually was. I also observed my habits and compared them with other people’s habits to see what took up useful time. Keep in mind this is empirical research that I conducted, and does not necessarily represent everyone. However, it definitely can give you a clue and guide of how you are spending your time. 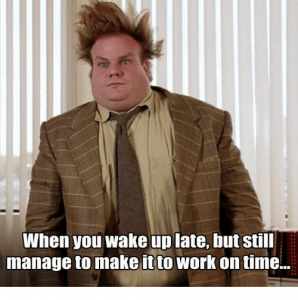 Waking up late: Whether you’re an entrepreneur or employee, I’ve noticed that those who get up early are sometimes more productive than others. People who go to sleep early and wake up late naturally have less time to do anything. Think about it, If you go to sleep around 10pm and arise at 7am, that’s about 9 hours of sleep. You have roughly 15 hours left in the day. If you have a job with an 8 hour shift, that’s 7 hours left. I could keep going down the line of subtracting hours, but you get my drift. The point is, really make the hours where you are awake count since you’re losing a chunk by sleeping. I also noticed that those who wake up early to get things done sometimes have better discipline than others.

Social Media: WOW! I think everyone knows social media kills time.But it seems like most people are addicted to the crack. I got rid of most of my personal social media accounts once I realized how much time they took up. These days, much of my social media use is business related. I have two personal accounts, facebook and linkedin (which I don’t check often and really don’t want to). Further, it even got to a point where I hired someone to do social media for my company to avoid the distractions of just being there. Years ago, I studied my behavior and realized I was addicted. I would wake up in the morning and check my facebook notifications to see how many people liked my status or picture I posted. I then realized that much of social media is now designed to give people a never ending high and information that they can scroll through for hours. Now, I don’t think social media is all bad, there is actually some good. However, it’s important to balance how much time you are spending being social online and how much time you are spending on your goals. Make sure your goals get more time than social media, unless social media is part of the plan to get you there.

Your phone/Emails: Stop responding to everyone immediately! I find this is the most challenging for many people. It’s hard to put your phone on mute or not respond to a new text message or email. This was one of my biggest challenges. When my phone rang or I received a text message notification, I would automatically jump and scramble to get my phone. I noticed this crazy reaction after watching a video on how people are now addicted to their cell phones.  I sometimes still have this reaction, but I am well aware of it and constantly work to adjust it. The best thing to do when you are trying to focus is to put your phone on silent (not vibrate) and leave it in another room while working. You’ll be surprised how much you can get done. Unless you are expecting an important call, responding and answering phone calls will kill much time from your day. Emails can fall in the same category. I wouldn’t suggest checking your emails first thing in the morning, unless you are waiting on an important email or it’s part of your job/business. Once you start responding, it never ends and you spend hours trying to respond to everyone needs instead of focusing on your own. 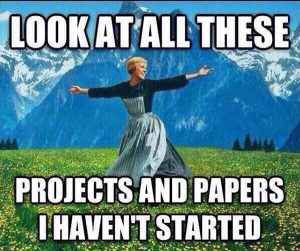 Procrastination/ Short Attention Span/ Laziness: I think most people can relate to this. We’ve all procrastinated on some things in life. Meanwhile, social media is also shortening our attention span. We want results as we get information today, or as I say, “google fast results. I’ve noticed some of my friends complain they don’t have enough time to work on their projects. But when I catch them on their downtime (and it’s usually a long time), they don’t have the energy or motivation to get to work. They’ll put it off and say I get to it this weekend or next week. When I ask them a month or two later about their project, they’re still in idea phase because they’re always “going to to get to it this weekend or next week”. 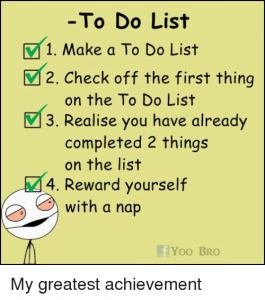 Lack of planning/ No schedule or calendar: I don’t know about you, but planners are gold to me! Once I write something down or create “to do list”, my days and weeks run much more effectively. Planners, calendars or simply writing a ‘to do lists” does a few things:

The key to making this effective is prioritizing. You may not get to everything, but make sure you get what’s most important done first. Committing to the calendar or list is a whole other issue. But in general, this is what could help many people complete tasks and achieve goals.

It’s hard for many people to admit some of their flaws. However, I find that those who do and make an effort to change are already one step ahead. Once I realized what things were killing my time, I worked to discipline myself and change those bad habits/behaviors. I automatically say my productivity increase, achieved many goals and even set larger goals because I managed time more effectively. It’s not always perfect or easy, but it definitely takes me a long way. I close with a quote from John F. Kennedy, “We must use time as a tool, not a crutch”

What are some ways that you feel people waste time? Share your thoughts below..