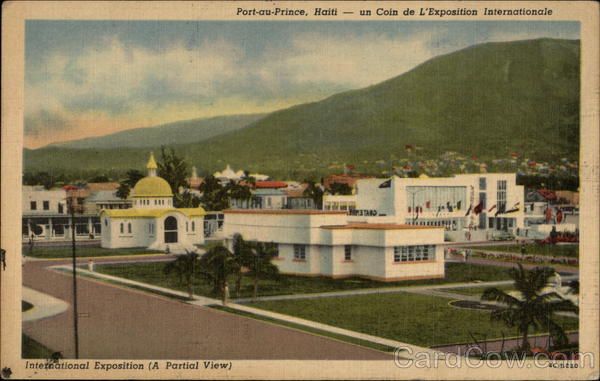 The Time When Haiti Organized an International World Fair

Did you know that Haiti led an International Exposition in 1949?

“The International Exposition commemorating the Bicentennial founding of Port-au-Prince created an opportunity for the Haitian government, led by Dumarsais Estimé, to transform the capital of Port-au-Prince into a visionary “modern” city. Lasting from December 1949- June 1950, it represented a major effort by the Haitian government to advance Haitian modernity on a series of fronts including: urban beautification, international cooperation, the promotion of tourism to Haitian historical sites, and the valorization of Haiti’s national culture. The Exposition represented the Haitian government’s response to many decades of negative representations of the nation as savage and incapable. The vision of a “modern” city to the Haitian government meant better infrastructure and catering to foreign travelers by uplifting traditional Haitian culture, which included the long denigrated religious practices associated with Vodou.”  – by Hadassah St. Hubert.

Check out footage below!