Top Industries for Haitian Entrepreneurs in 2018

As 2018 unfolds, entrepreneurs, business people and investors are looking for their next opportunity. Haiti is now a land of opportunity for those willing to put in sweat to build an empire in certain industries. The country has had it’s challenges from politics to natural disasters, but that’s no different from any other country. With a such a strong, young, labor workforce, any new business will have more than enough people ready and willing to work hard to drive productivity. Simply said, if you win creating your empire in Haiti, so does the country. So where are these opportunities? 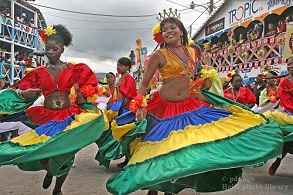 “Tourism development in Haiti has largely been a missed opportunity. Had its recent history been different, Haiti would probably have been well ahead of its regional competitors given the country’s leading role in Caribbean tourism in the late 1940s/early 1950s. Competitive advantage is not exclusively a natural phenomenon, but is increasingly a man-made one, driven by science, technology, information and innovation. As such, it is not simply the stock of natural resources of Haiti that will determine her competitiveness in tourism, but rather, how these resources are managed and to what extent they are complemented with man-made innovations. Given that tourism is labor-intensive, in an economy with an abundant, cheap pool of labor a large amount of job creation can be achieved in a short period of time. “ 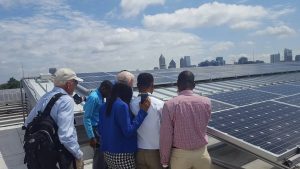 “Haiti has substantial renewable energy potential.  Still, the country faces significant challenges to gaining access to clean and renewable energy.  On average, 85 percent of electricity is produced from imported fossil fuels. The underutilized opportunities for small hydropower, smart grid and biomass systems make Haiti an interesting renewable energy prospect.   Much of the population relies on biomass such as charcoal and wood fuel as their main source of energy.  Although solar and wind resources are available throughout the country, very little of this potential has been developed”. 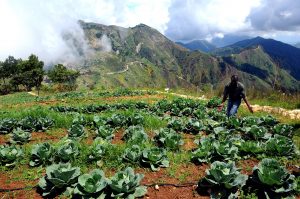 “Although many Haitians make their living through subsistence farming, Haiti also has an agricultural export sector. Agriculture, together with forestry and fishing, accounts for about one-quarter (28% in 2004) of Haiti’s annual gross domestic product and employs about two-thirds (66% in 2004) of the labour force. Haiti’s dominant cash crops include coffee, mangoes, and cocoa. Haiti has decreased its production of sugarcane, traditionally an important cash crop, because of declining prices and fierce international competition”. 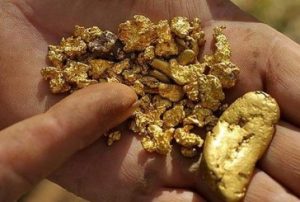 “In 2012, it was reported that confidential agreements and negotiations had been entered into by the Haitian government granting licenses for exploration or mining of gold and associated metals such as copper for over 1,000 square miles (2,600 km2) in the mineralized zone stretching from east to west across northern Haiti. Estimates for the value of the gold which might be extracted through open-pit mining are as high as US$20 billion”.

Along with  a young labor force below age 24, here are few more benefits for starting a business or investing in Haiti.

This article touches on key industries, but does not list the many other opportunities in other industries, for example, technology. However, we hope it will inspire you to work hard and build an empire that will create jobs, build local economies, and help strengthen people’s confidence. Most importantly, companies that are Haitian owned or give back to communities help instill pride in the people and will help the country to become a global economic force. So if you’re still wondering what your next business venture will be, consider one of the industries listed above. God speed!