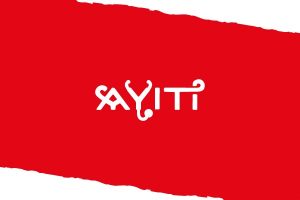 This article has been translated to Haitian Creole

When it comes to solving Haiti’s problems, I always strive to integrate different fields. It’s a great way to have a bigger peephole into the big picture. I’m always amazed at how dentists and surgeons add layers upon layers of loupes to be better at what they do. Similarly, over time, I have added multiple lenses to my understanding of the case, that is Haiti.

I call it a case because as a disciple of the world’s greatest detective, the discrepancy between Haiti’s potential and its reality has always struck me as a mystery to be solved. I also say case because of the shenanigans we’ve perpetrated in our past and current history. A prime example of what Dr. Joy DeGruy Leary dubbed the Post Traumatic Slave Disorder, Haiti could be the basis for several thousand tomes of philosophy, psychology and psychiatry discourse.

Yet the main reason for using that word is because I am a medical doctor and a brand strategist. Cases, and especially case studies are great tools in both these fields. They help gain proficiency and understanding of how things function. Allow me to give you my assessment of Haiti’s ailments through some of my lenses.

The proof is in the pudding of schooling

When a detective tries to catch criminals, they first get into their mind. Where does he live? How was his childhood? What media did he consume? In 2019, we’re still teaching our children that Christopher Columbus was a good guy. We’re still using the word “Malice” as a synonym for intelligence.

The education in schools is seriously lacking, especially with an emphasis on rote regurgitation instead of critical thinking. We frown upon Kreyòl, the language of 90% of the population (Mayne, 2014). Education is done in French, one of the least economically valuable languages worldwide, spoken by less than 10% of Haitians. This system is conducive to educating Haitians but not for Haiti.

According to the world economic forum, higher education is what turns students into leaders. These are drastic statistics and it’s easy to see why we don’t have the necessary brain power to run our country. Simply because, like a non-lethal but well-hidden hemorrhage, the famous brain drain of the 90s never stopped.

Another issue besides how education is done is how accessible education is in the first place. Haiti has a 53% literacy rate, the lowest in the Caribbean. All the other countries including the Dominican Republic can be proud of their 87% and above literacy rates (Mayne, 2014).

The government spends only 2% of the GDP in education, leading to a lack of public schools (Mayne, 2014). Haitians do believe in education though, it plays a huge part in the holy trinity of Lekòl, Lakay, Legliz. But the absence of government support in education forces parents to pay an arm, a leg and a tèt nèg for private schools.

There’s nothing wrong with private schools. But in Haiti a parent spends 13% of their income in private school fees. That’s compared to 3 to 4% in other similar low-income countries (Mayne, 2014). Oh, did I mention 87% percent of Haiti’s universities are in Port-au-Prince? (Mayne, 2014). If that’s not a barrier to education and a clear symbol of inequality, I don’t know what is.

Uprooting the root of our evils

Can we expect an illiterate population to sign petitions when they wish to protest? Can we expect them to make the right choices when voting? What future is there for a people that doesn’t read or writes but only dances and laughs? The fact is that more money is spent on entertainment than on education and these decisions are premeditated. These decisions are made by people who are uneducated, a clear case of the serpent that bites its own tail.

I stopped expecting anything good from politicians in Haiti when I realized corruption was a symptom of ignorance and incompetence. But even though the prognosis is bleak, there are solutions. One bad man didn’t cause our predicament, nor is it the result of a succession of bad men. Therefore, it won’t be fixed by one good man nor a succession of them. This is the result of systems.

Any entrepreneur with an automated chain of production will understand that when a system is defective, regardless of how good the elements put in it are, you will always get a bad result. It’s time to fight systems with systems.

I know it’s not a consultation until the doctor writes a prescription. I have contributed to efforts towards creating education that’s fair and effective. They exist and have real potential to drive progress in Haiti. But most are isolated efforts that receive no recognition, let alone support from the Haitian government, people or diaspora.

Isn’t it time we pulled our resources together to support them? If we had a database of these projects, wouldn’t we have the option to support something that we know will truly help Haiti? If all these efforts became connected, like all the projects advocating and creating materials for education in Kreyòl for example, wouldn’t their impact increase tremendously?

But who is to oversee such enterprise? Who will create such ecosystem by connecting these specialists and finding resources to support their work?

Which brings me to my prescription to all of you who are sick of Haiti’s mess and want to do something about it. It’s a simple concept called a “taskforce”. A taskforce is defined as “a unit specially organized for a task”. A cool synonym is an “initiative” *wink wink*.

A few have already started popping up here and there and embracing a few causes. Some are what I can call anti-corruption taskforces while others could be called entrepreneurship promotion taskforces. Another important one is the tourism promotion taskforce even though I haven’t seen the actors coalesce yet. But if we’re going to survive and ultimately thrive, Haiti is going to need many more specialized taskforces.

We need one that’s going to tackle our children’s education as it’s our elephant in the classroom that no one pays attention to. We also need a dedicated one for healthcare education which is where my venture Profile comes in.

Even more urgently, we need one to educate political leaders for the immediate and near future. It’s mandatory to do so while increasing the population’s political literacy at the same time. For example, some people are bashing democracy and asking for a dictatorship. In my opinion Haiti’s explored dictatorship enough to know all its benefits were outweighed by its nightmares. Whereas democracy hasn’t been wielded the right way at all. It’s way too early to put a verdict out as we need to learn how to practice it better. We’re the problem here, not democracy.

Why should politics be a priority for taskforces? Because we’ve spent too much time led by the wrong people, the wrong way, in the wrong direction. Also, the State’s duties should be done by the State. As a people, we’ve been putting exponentially more effort than we should because we’ve been compensating for governments throughout our history.

Go to school, get a job, create your own business, do what you want! But make sure you join or start a taskforce for the improvement of your country. That is my humble, simple prescription. I know it works as a proud contributor of a few taskforces. I have witnessed their impact firsthand.

If we can instill in our youth, the notion that personal success depends on our success as a community, then we’ve made a step closer to development. What’s the point of being a citizen of the world if you’re not a proud citizen of your country first? 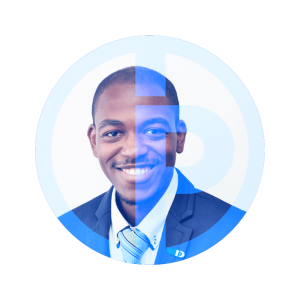 Born, raised and based in Haiti. Dr Edwin Magloire is a medical doctor, logo designer and brand strategist. He is the founder of brandpill, a visual communication agency committed to increasing the value of brands in Haiti and globally.